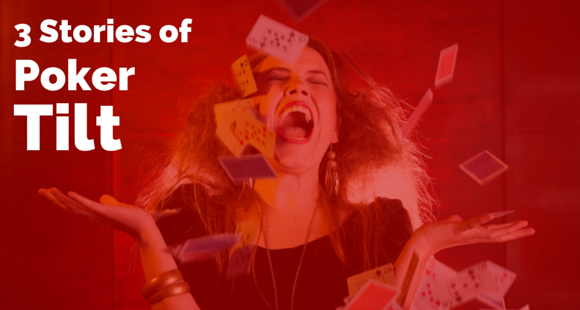 We’ve all been there.

Hour 10 on the grind. No, the cards haven’t been great to you tonight, but your instincts and skill have more than compensated for it. You’ve dodged Bullets, lost the minimum, and got the guy in seat 7 to ship you his stack when you were holding the only over-pair you’ve seen in 6 hours. You’re in the black, if only just.

The next hand comes. Cowboys. UTG raises. You’re 200bb deep with him. He’s been in every pot all night, the kind of whale you dream about stacking in your sleep. You just know that the Poker Gods have sent him to you in this moment as a reward for the clinic you’ve put on tonight.

“Raise,” you say, taking a tower of chips and sliding them in front of you.

It folds back around. The word “re-raise” never sounded so good. It’s a monster 4-bet — AA exactly never. You remain motionless, feigning deliberation as you craft architectural plans for the chip tower you will be building sixty seconds from now.

You turn over your KK. The whale grimaces, tabling QQ. “Cooler,” he says.

The table quickly agrees, hoping to keep him in the game. But you don’t bother; you’ve already won. Your skill has turned what should have been a losing night into a solid, winning, session. “I earned this,” you think with satisfaction and a small fist pump.

The Q in the window sends the table into a riot — and you into despair — before the cards can even hit the felt.

“Luck be a lady tonight!” the whale yells out, laughing. The dealer reaches over and takes the chips away from your trembling fingers, wiping out an entire session’s worth of brilliance with a casual sweep of his hand.

As a mental game coach, I’ve heard this story (or its variations) many times. It’s important to understand that tilt even happens to the game’s best players.

I’ve put together three clips showing the biggest stars in Poker — Daniel Negreanu, Phil Ivey, and Phil Hellmuth — losing their cool at the table, so you can see that it can happen to anyone.

Accepting that tilt is an issue and understanding the damage it can do to your bottom line is the first step in the process to overcoming tilt and building a stronger mindset.

Remember, it’s often amusing to watch someone else tilt, but tilt in your own game is no laughing matter.

It costs many players their entire bankrolls, and is critical to fix if you want to have long term success at this game.

Note: If you want a quick way to stop tilting then check out my free Tilt Buster MP3.

With that being said, enjoy!

Phil Ivey has a question: “Why are you standing up if you have the nuts?”

In this clip from the WSOP Main Event, an 8s Turn card disastrously gives Ivey the nut flush, while giving his opponent Jacks full. Ivey doesn’t seem too amused at the time it takes his River bet to be called, or the reaction of his opponent after:

Daniel Negreanu: What did that table ever do to you?

This episode of High Stakes Poker features Negreanu getting raised off the best hand on the River. Understandably unhappy with the stain of a bad fold on his hands, he decides to put them to better use by slamming them into the poker table in frustration:

The classic. This clip gave rise to not one, but two legendary Hellmuth lines — “He called a raise with queen ten!” being the other.

Also, pay attention for a zinger from Phil’s opponent, Adam Levy, that doesn’t get enough love. In a piece of comedic gold, Levy classifies his Turn action as an “aggressive call”, baiting the Poker Brat into absolute fury: