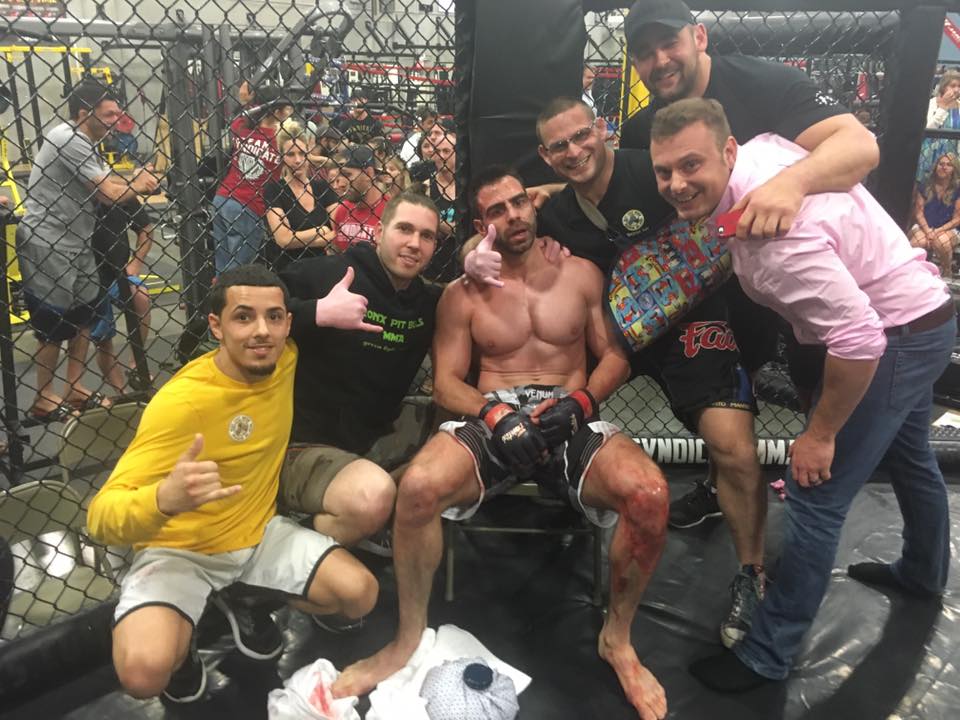 Elliot with Olivier and his trainers post-fight

On Thursday April 21st, 2016 Olivier Busquet and JC Alvarado touched gloves in the Octagon at Syndicate MMA in Las Vegas, NV.
The fight was the culmination of 6-months of intense training, and a $270,000 purse was up for grabs.

Spectators paid a $20 entry fee, which was all donated to the One Drop charity, and thousands more watched online. Most had a financial interest in the fight, with over $1,000,000 in side action rumored to have been wagered.

The fight was set for four 5-mintue rounds, with a fifth to be added if it ended at 2-2.

The judges were not needed, as the fight was called after just 3 rounds. Olivier had bloodied up JC badly in the third, and it was agreed that it was no longer safe for him to continue.

Olivier opened as the underdog, but after a dominant performance had his hand raised as the winner.

In the week’s episode Olivier joins us and shares his thoughts on the experience.