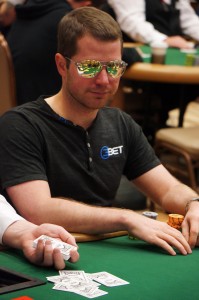 Jonathan Little is a professional poker player from Pensacola, Florida who has won over $6,000,000 playing tournament poker over the last 8 years. He was a student at the University of West Florida studying psychology when he began playing poker with friends. As his interest in poker grew, it led him to study many books on poker, such as The Theory of Poker by David Sklansky. After earning an initial bankroll of $35,000 online over a six-month period, he decided to drop out of college and play poker professionally.

Little quickly became one of the biggest winners in online sit-n-go tournaments. He has won two WPT events and final tabled two others, earning him the Season 6 Player of the Year award. He has total earnings in excess of $6 million. In 2010, he cashed five times in the WSOP, including a 3rd place finish. He has cashed a total of 17 times at the WSOP.

Jonathan continues to travel the live poker tournament circuit on a regular basis and plays high stakes online tournaments when he is outside of the United States. He currently splits his time between Las Vegas and New York City. When he is in NYC, he spends most of his time coaching students, writing poker books (so far, he has authored 5 books and 14 ebooks) and cultivating his poker training, FloatTheTurn.com where he teaches others how to win at various types of no-limit hold’em tournaments.